One of the big ideas of Eat To Perform was just bringing information much of you don’t know to the table so that you can make better decisions related to your health.

That said, when you get an opinion make sure to run it by your primary care or specialized doctor.

The other day we had Dr. Susan Kleiner on for a Q&A with clients and the topic of A1C came up. Susan isn’t just a phD, she is also an RD. To be honest I am probably shorting her on initials but she is super smart and we use her as a resource for all things Eat To Perform (she is also the best selling author of the book New Power Eating).

On the call the topic of controlling A1C came up, especially when calories go back to normal. One of the first things Susan mentioned was STAYING ACTIVE, the client was concerned because the doctor said she was prediabetic. In a lot of instances it’s common for people to drastically reduce food and drastically reduce carbs. Which often causes activity to go down.

The person was relieved to hear that since it’s such an important part of her life (activity and exercise).

Then Susan went into dietary changes. Often when food comes back, even in a controlled way like Eat To Perform some bad habits do creep back in. So Susan gave her a list of foods to consider (I will add the podcast at the end of this post, you can also find it wherever you get podcasts under Eat To Perform podcast, we have podcasts that go back years) and suggested she try to avoid refined sugars and alcohol for a bit as a test. Replacing those calories with the carbs with fiber and starches around workouts.

The most important part of the conversation was that the client didn’t want to medicate the problem and so after talking to the doctor they agreed to move forward with Susan’s plan.

While it’s common for doctors to recommend a food intervention or medication sometimes ACTIVITY does get left off of the list. The client felt empowered by that idea since it was something she controlled.

Once again, this is not medical advice but it is additional tools that people can use to manage their health with the help of the people that treat them.

The second scenario was where a client was concerned about their cholesterol. To describe this client as lean is an understatement so something didn’t see right so she reached out to me. Luckily I had the same scenario happen to me once I got very lean and I had a doctor that knew why.

With most blood tests that measure cholesterol the doctor orders a test that measures the HDL of the client and the Triglycerides, from that they use CALCULATE LDL using a formula called the Friedman formula.  The Friedman formula is great for a large percentage of the population but there are known outliers, in this case, for this person, her Triglycerides were too low.

There are modified equations that can account for this but for almost everyone, especially people considering statins that are very lean it’s better to just get blood work specifically for LDL.

I then sent her the studies that described why this happens.

I started Eat To Perform because it’s information like the two scenarios above that really scare people mostly because of a lack of access to relevant data (or the time to research that data).

As I went through the process that ultimately became Eat To Perform it just occurred to me that everyone should have access to this kind of stuff.

If you think this level of attention could matter for you and your health we would love to help. Simply hit the link below and a coach will walk you through your EXACT plan and ways that we can help.

Here is the link to the podcast I mentioned above

Remember, these were two interesting one off’s and as you listen to this kind of information you want to do so WITH the help of your doctor. 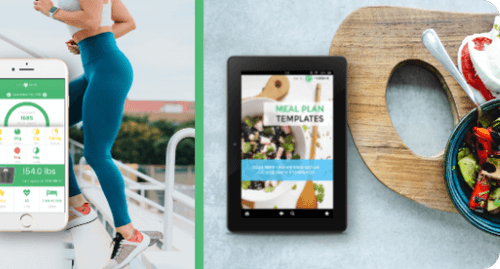